Twenty-five years ago, the iconic McLaren Fl GTR challenged other racing veterans at the historic 24 Hours of Le Mans for the very first time. McLaren not only qualified but crushed the competition to bring home five finishes leading to the most successful debut in the race’s history.

Tedesigned cam covers, and an engine tune provided more horsepower, while weight was reduced, and aerodynamics were improved, through the use of GTR-style bodywork. The cars were painted in Papaya Orange – to pay homage to the Can-Am sports cars of the 6Os and the McLaren racing colors. The Fl LM cars are considered to be the fastest iteration of an already record-breaking McLaren, and with so few made they have become a highly coveted collectors’ car in the past quarter of a century. 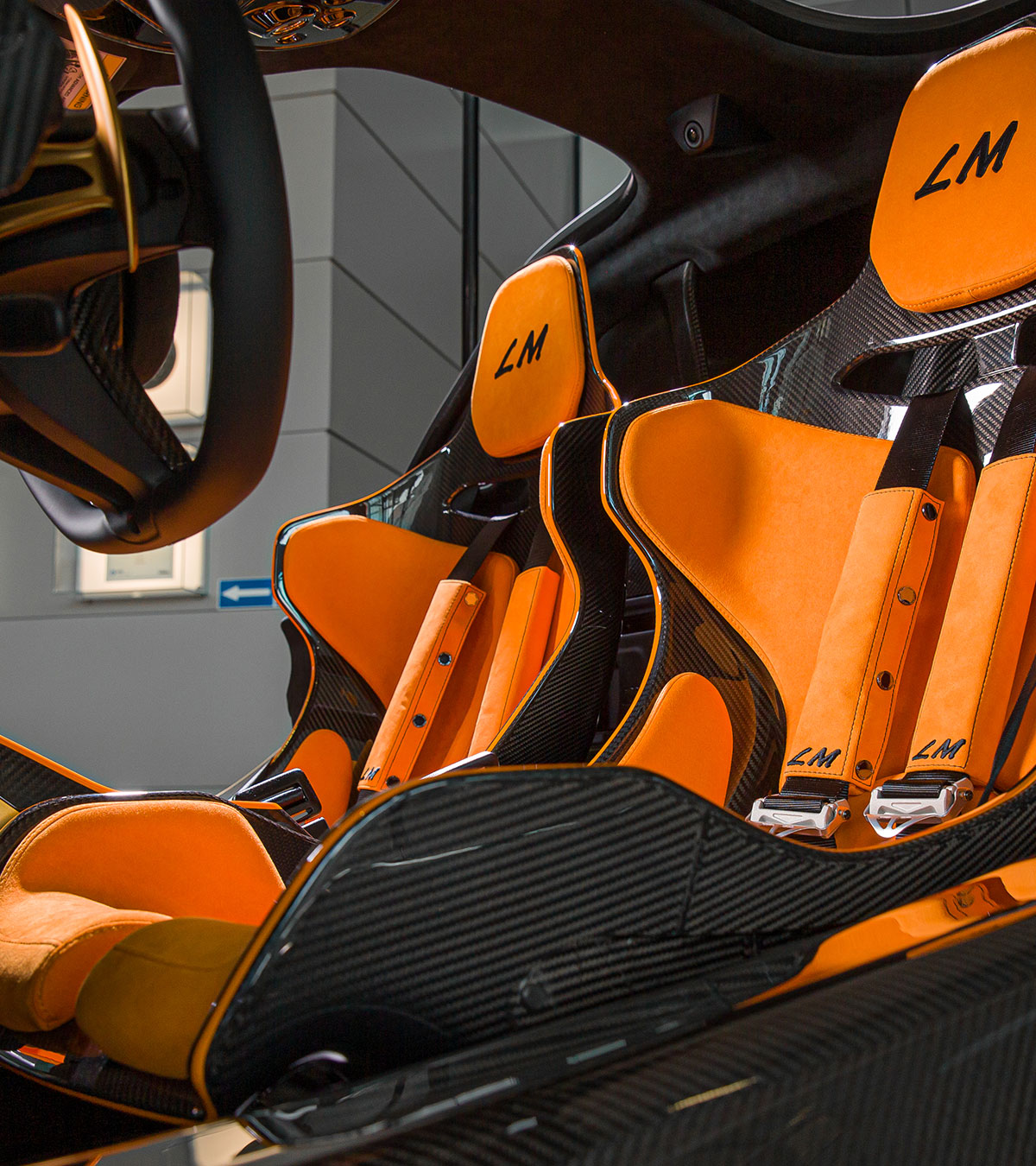 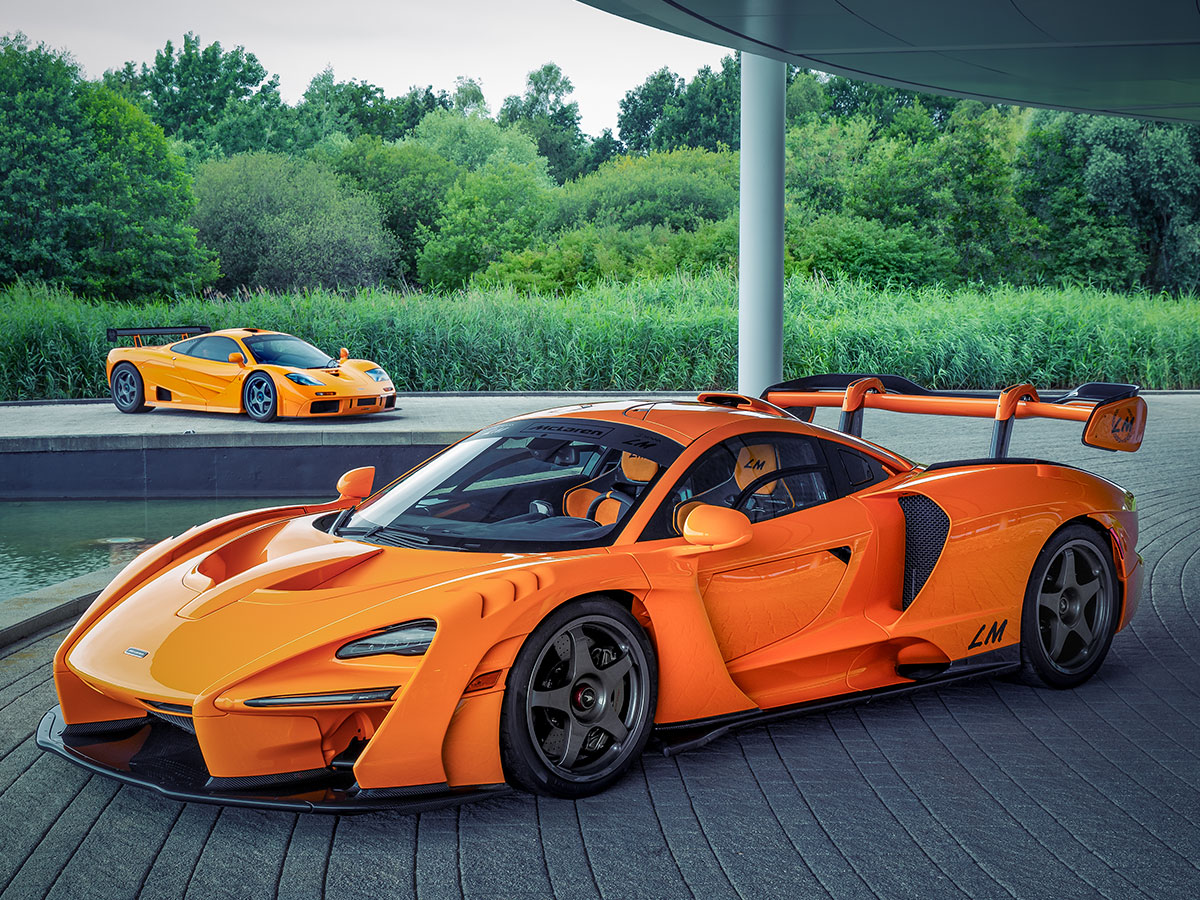 Now, to commemorate the Silver Anniversary of this historic win, and these iconic cars, McLaren Orlando and McLaren North Jersey proudly present the Senna LM – specially commissioned for the US market.

Inspired by the original Fl LMs, these 5 limited-edition, bespoke Senna’s – painted in McLaren Orange – have had several factory upgrades to represent the epitome of the McLaren Senna’s true road capability. The most track-focused road car McLaren has ever built, the Senna has consistently set the fastest lap times of any McLaren to date.

Our Most Powerful Engine Ever 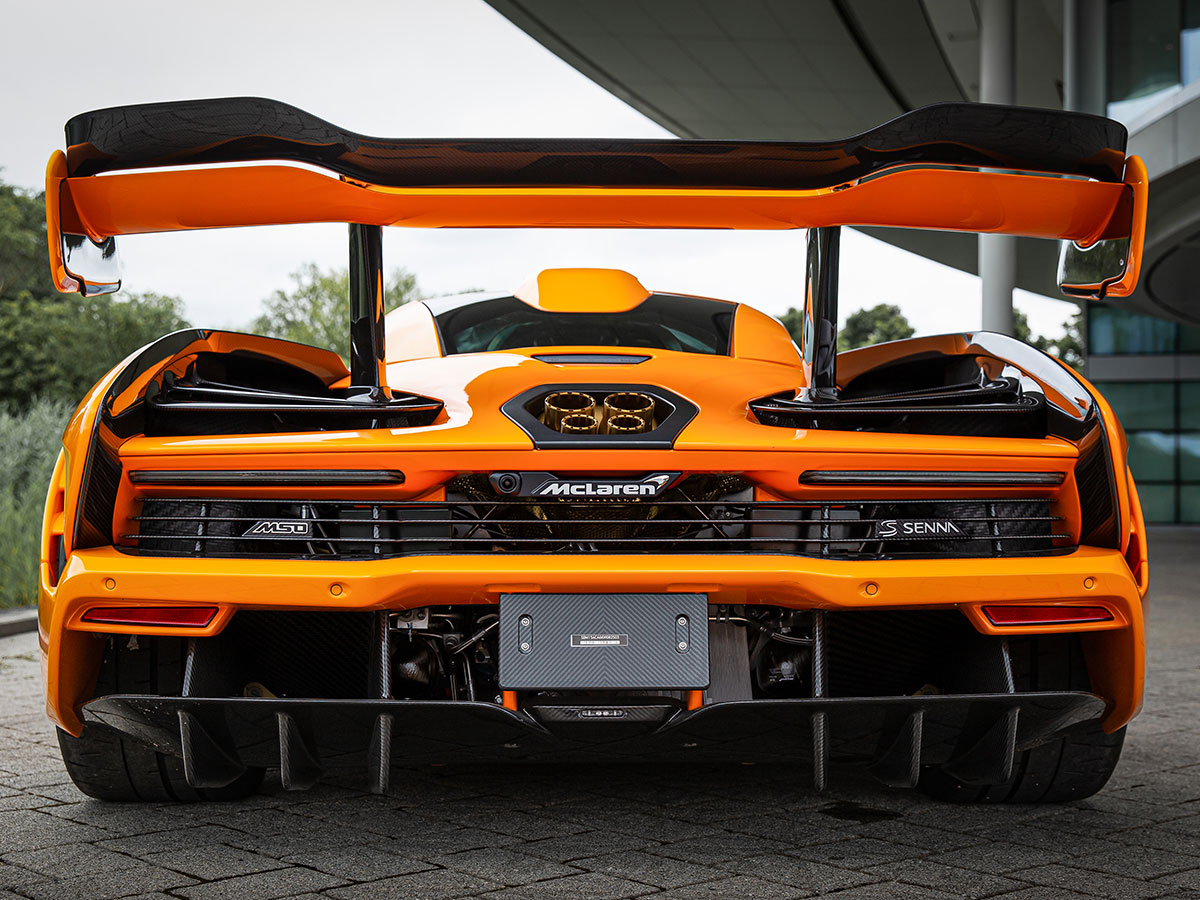 The new McLaren Senna LMs, commissioned by McLaren Orlando and McLaren North Jersey from McLaren Special Operations (MSO) in Woking, England, have the same power as the pure, track-only Senna GTR at 814hp. These exclusive Senna’s are more than just a bespoke paint livery, to pay homage to the original Fl LM cars these tributes feature upgrades such as: new polished ports and cylinder heads for the (more powerful) engine, OZ aluminum wheels, quad exhausts tipped in satin gold, bespoke aerodynamically-enhanced bodywork, a 24k gold heatshield, fully bespoke interior including Titanium Nitride foot pedals, racing centre locks, and bespoke LM branding for both the interior and exterior. McLaren Orlando and McLaren North Jersey are solely McLaren Retailers and offer some very exclusive vehicles – including these 5 Senna LM’s for the North American market. As Retailers, they are committed to bringing breathtaking performance and unparalleled experiences to McLaren owners, McLaren lovers, and their local communities.