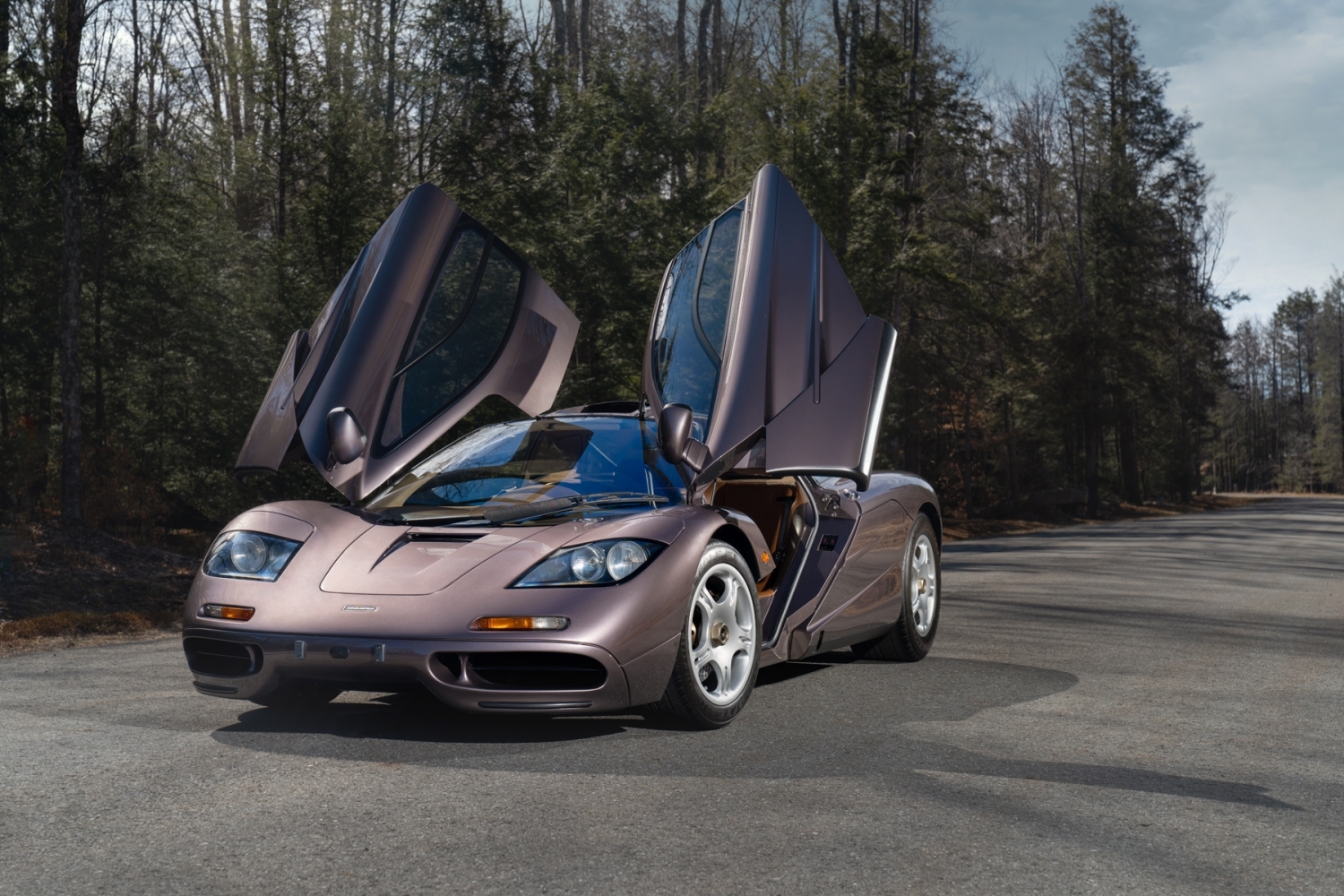 With less than 390 kilometres (243 miles) on its odometer, this spectacular example of the F1 was sold in its ‘as delivered’ state and surpassed the previous record for a McLaren F1 road car of $15.62 million set in 2017. Only an example that had been converted at the McLaren Special Operations Woking factory to ultra-rare LM specification has come close in the recent past, selling for $19.8 million in 2019.

Chassis 029, which has rarely been seen in public, having spent most of its existence hidden away in a private Japanese collection, attracted spirited bidding as it crossed the Gooding & Company auction block in Monterey. Carefully maintained and rarely driven, the car was in pristine and original condition down to its date coded Goodyear Eagle F1 tires and came complete with its original FACOM tool chest, fitted luggage, titanium tool kit, official ‘Driving Ambition’ book, and special TAG Heuer watch.

This 1995 model was the 25th road car built and the only one finished in a stunning one-off color, named Creighton Brown, after one of the executives who was instrumental in establishing the fledgling McLaren Cars company. This distinctive exterior is complemented by a Light Tan and Dark Brown leather upholstery inside the three-seater cockpit.

Just 106 of the iconic three-seater, V-12-engined F1 road cars were produced between 1992 and 1998, with just 64 being completed to original road car specification. To this day it remains the fastest naturally aspirated production car with a top speed of 240 mph – helping to cement its status as one of the most desirable of all collector cars.

“We were incredibly proud to present this exceptional McLaren F1, and tonight, the market confirmed the sheer prowess of this unparalleled supercar from one of the most legendary names in motoring,” said Gooding & Company President and Founder, David Gooding. “This sale was a historic moment not only for Gooding & Company, but for the McLaren legacy and the entire industry as a whole.”